Home
Warning: sizeof(): Parameter must be an array or an object that implements Countable in D:\home\factio-magazine.com\wwwroot\wp-content\themes\flyingnews\framework\lib\class_breadcrumbs.php on line 102
FetesThe 35th Annual Outstanding Mother Award Event wit ...
Posted by: Melissa Maynard 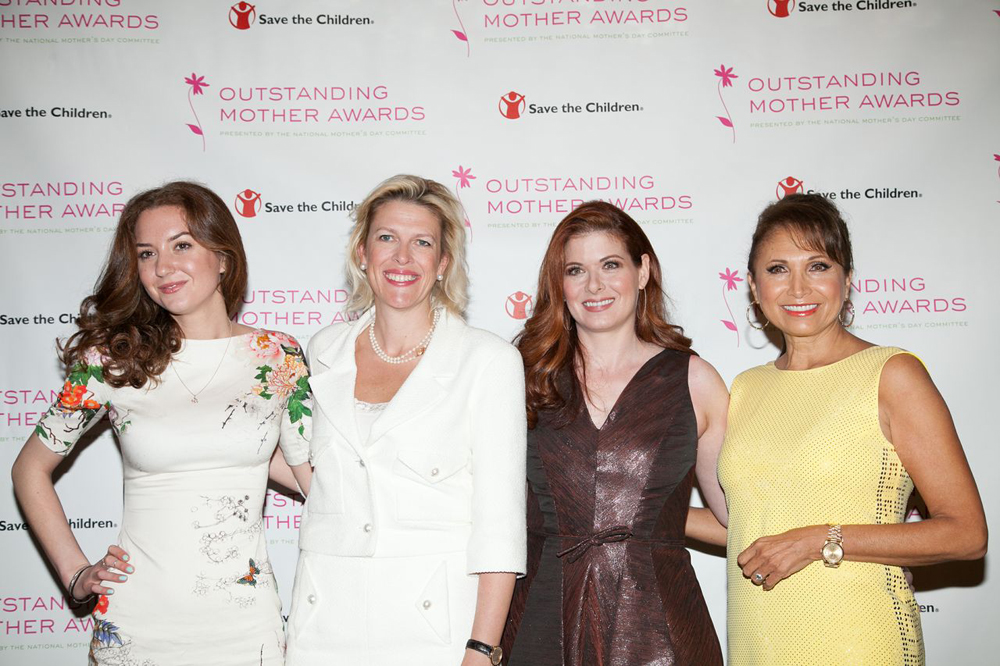 The 35th Annual Outstanding Mother Award Event was held at the Pierre Hotel in New York City with former 2010 Outstanding Mother Honoree and CEO of HSN Inc., Mindy Grossman as Mistress of Ceremonies. A lovely luncheon was held to honor this year’s honorees, Margarita Arriagada, Chief Merchant of Sephora USA; Arianna Huffington, President and Editor-in-Chief of The Huffington Post Media Group; Dottie Mattison, Senior Managing Director of Guggenheim Partners; and Emmy Award Winning Actress, Debra Messing. Every year the non-profit organization, National Mother’s Day Council, hosts an event as such to recognize mothers who portray family, are involved in charity, and have civility and responsibility. A significant portion of the revenues goes to charity, this year’s being Save The Children, a program that works to end poverty for children and to improve their lives by providing them with access to education, healthy foods, and the opportunity to grow and develop in a nurturing environment.

To begin the ceremony, a cheerful performance was presented by the Edward Williams School Choir, followed by a warm welcome from Laurie Dowley, Chairperson of the National Mother’s Day Committee.  A delicious meal was then served followed by a live auction with Senior Vice President of Save The Children, Mark Shriver, in which tickets to Taylor Swift’s The Red Tour, Justin Bieber’s The Believe Tour, The 37th Annual Macy’s 4th of July Fireworks, and the 87th Annual Macy’s Thanksgiving Day Parade were auctioned.

One by one, the 2013 Outstanding Mother honored guests marched up to the stage to receive their well-deserved award and share their inspiring, personal stories with the audience. Wonderfully encouraging and motivating words were said by each of these hard-working women who have managed to balance serving in society and still coming home to cooking, dressing, and taking their children to their daily activities. There is no doubt these women are outstanding mothers and excellent role models to follow. -Natalia Aguilar